From Teaching to Life Coaching: I realised where my true passion was. It was to coach and empower others.

It is a wonderful feeling to be where I am in my life right now, compared to where I have come from. 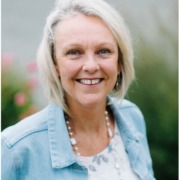 I really had no idea what life coaching was, so I decided to sign up to The Coaching Institute.

I began my journey at The Coaching Institute when my husband had tickets to an event with Joe Pane.

When he arrived home that Friday evening, he was on a high. He started raving about what he had learned and thought I would also love what this was about.

He invited me to attend with him on the Saturday. After the first session, I was already liking what I was hearing.

We attended the rest of the weekend together. And, although he got a lot out of it, I was hooked! Everything Joe was talking about was what I was passionate about.

I left with all these possibilities buzzing around in my head, as I had been searching for a change of direction in my career for some time.

That said, I certainly had no intention of leaving my teaching career just yet. I went away and pondered for a month or so.

Before that weekend, I really had no idea what life coaching even was.

I knew The Coaching Institute was a 'values match' for me, though. So I found out when the next Foundation of Coaching Success weekend was being held.

I decided to sign up to The Coaching Institute the night before. I signed up to Credential Practitioner of Coaching. Then, by the end of the first morning session of Foundation of Coaching Success, I had switched to become an Accredited Professional Coach.

"I never saw myself as a business woman when I joined The Coaching Institute, and here I am running a successful business."

Strangely, I was so passionate [about what I was doing], that I barely noticed how little sleep I was getting. I was burning the candle at both ends, juggling my full-time job and completing school work every evening, caring for my three grandchildren, doing house renovations, and doing as much learning at The Coaching Institute as I could.

I ran a workshop a few weeks after joining - then voila, I signed up my first paying client.

Amazingly, I still had energy; a newfound energy and passion.

I realised where my true passion was. It was to coach and empower others, and thanks to the life coaching courses at the TCI I was able to share my new learnings, and make a difference to the lives of the many young people I had seen battle with anxiety and other issues. I had always wondered how I could do more to help the parents I came across on a daily basis, many who were crying out for help, not knowing how to support or manage their child.

I began to visualise myself helping these people outside the limits of the school system. So I continued to push myself, test and measure. After being with The Coaching Institute for four months, I decided that if I could sign up a paying client, my vision might be possible.

So, I joined the 90 Day Challenge. I ran a workshop a few weeks after joining the challenge then voila, I signed up my first paying client.

I can’t explain how excited I was. And - gosh - I've given her awesome value. She is still my client! She is an amazing woman who has come such a long way, as I have I.  I’m so proud of that.

This week I am running two Parenting Workshops ... and one is fully booked.

Soon after signing my first client up, I signed up three more paying clients. Then I decided to join a Business Network International group.

My business that I created had really grown legs. In the meantime, I decided it was time to give notice at work and I resigned in early October.

I was now on a new mission. I set myself a goal to earn a minimum of $500 per week until the end of the year. I knew this was my absolute minimum, so I was still going to strive to earn as much as I possibly could. With the mindset of success came success for me and within a month from resigning, I was matching my teaching salary.

Over Christmas and January, my income has slowed down. But this has been my choice as I have been developing a Parenting Success Program and learning as much as I can about how to run a successful business. I never saw myself as a business woman when I joined The Coaching Institute, and here I am running a successful business. I do still have paying clients and as I become more skilled, the quality of my coaching is improving. I have sold two Your Success Ambassador programs and have just signed up a new client for the next six months. The life coaching training at TCI has definitely helped me realize what i actually wanted to contribute to the community.

This week I am running two Parenting Workshops for the first time, and one is fully booked. I know I have a lot to learn, but I am realising that I need to keep taking action to grow. I am seriously pinching myself to believe this is really happening to me, who 12 months ago was wondering what else was out there for me.

"I’ve never come across such a caring supportive team of people in my life."

I have never felt so confident and proud of myself.

I’m not sure where this journey is going to take me, but I am passionate about making this work so I can make a difference to the lives of as many people as possible. And I want to enjoy all it brings to my life along the way.

My heartfelt thanks goes out to Sharon Pearson for creating The Coaching Instituteand for her enormous contribution to this community and beyond. A special thanks also goes to Joe Pane and Matt Lavars.

What they bring to The Coaching Institute and continue to add to my life is just incredible. Thank you to the WOW team and every other staff member at TCI who goes above and beyond for myself and others.

I still have over two years in the Accredited Professional Coach level, so I’m looking forward to what that brings, especially being part of the awesome community at The Coaching Institute. I’ve never come across such a caring supportive team of people in my life.

It is a wonderful feeling to be where I am in my life right now compared to where I have come from. As a young girl I was a shy, insecure kid who lacked confidence. In my early adult years, this continued, and I experienced some very tough life challenges. Now as a 55 year old woman, I have never felt so confident and proud of myself. I know I can handle anything. I have let go of past beliefs that were not serving me and now I live by the motto “What I believe is possible, is possible.”

Sue attended an event hosted by The Coaching Institute and discovered what her true passion was: coaching and empowering others. After four months and further development in coaching skills, she now runs her own successful business and knows that she can handle anything that comes her way! 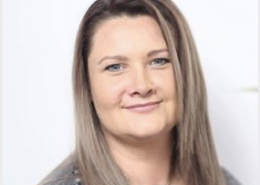 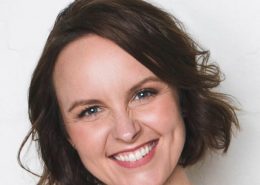 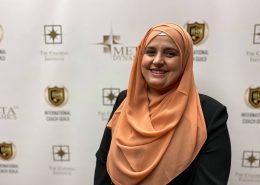 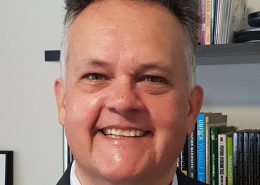 Without Doubt, One of the Best Decisions of My Life
Scroll to top