How to stop catastrophising: Your language is your experience

The experience we have in life is created through the interpretation of the external reality we are all in. Here's how to make that work in your favour by not maximising or minimising what's really going on.

Here’s how to stop catastrophising by knowing your language is your experience.

The experience we have in life is created through the interpretation of the external reality we are all in. That could be in a house, a car, a paddock, a boat, whatever—and your experience of that external reality is defined by the language you use to describe it.

Life and functionality and having a calm life that we love is all about learning how to language our interpretation of the world as it is. Not worse or better than it is, but as it is.

I want to share with you exactly how we can do that and how coaching is a wonderful tool to help us get there.

(If this is resonating with you, I'll be talking about this and other coaching tools you can use in your life and share with others at TCI's two live day 'Your Coaching Success' summit on December 5 and 6.)

One of the most common things people do when it comes to life events is catastrophise. You ever done it? It’s a cognitive distortion where a person usually sees an unfavourable outcome to an event, then decides if that outcome happens, a disaster will result.

“My dog’s sore leg is probably a torn ACL and she’ll need surgery and might never recover.” “If I don’t hand in that knowledge paper I’ll never get another shot and I’ll be a failure in life.” “The kids are fighting in the car and the whole entire holiday is ruined.”

They are creating that reality through dramatizing what is, and making it worse than it is. As a result the live in a drama reality.

The language that catastrophisers use is inappropriate and has what is called the wrong poundage. It means it doesn’t fit the actual reality so as a result, you experience not the reality you’re in but the one you are describing.

Fred is a great friend of mine and a longtime coach. He was in a shopping centre car park on Christmas Eve and a car reversed into him. Fred thought, ‘Okay, it’s annoying, I’m going to have to take care of things, I have insurance, it’s going to be fine.’

Fred’s language and reality is as it is. Is it a problem? Sure. I’m financially covered, great. I’ll sort it out. Done.’

Then the man who had reversed into Fred got out of his car and had what I’ll call an exaggerated reality. He catastrophised things with his language, and as a result of that language it’s also become his experience.

And what you language is what you have.

He said to Fred, “Christmas is ruined.”

And Fred gave the man a Christmas gift. He helped him with a new reality simply through inviting him to change his language.

First, he said, “Christmas isn’t ruined. Christmas hasn’t even started. Are you hurt? No, good. Do you have insurance? Yes? Terrific. How about we both take caer of this and we’ll be on our way and can both go and enjoy Christmas.”

The man’s emotional state went from a ten out of ten and devastated to calm and level as he saw things the way they actually were, rather than worse.

Say you’re a parent and your child is being bullied at school. That’s quite an emotionally significant event, because being bullied at any age is a challenge and especially for a kid if an adult makes light of it: “It’s just kids, you’ll be fine.”

That’s a way of really not respecting the emotional significance and seeing it the way it is so instead you’d want to connect with the child and say, “This is really a big deal, I imagine you feel sad, I’m really sorry about this, let’s talk”.

That’s responding how it is. It’s not making it worse. It’s not minimising or reducing it.

The key to living a functional life is learning how to language things as they are.

I’ll be talking about this and other wonderful coaching tools you can use in your life and share with others at the two live day 'Your Coaching Success' summit. Be brave—book your spot here. I'd love to see you there.

Matt Lavars is one of Australia's leading coaches, trainers and speakers, and head facilitator at The Coaching Institute. In between mentoring thousands of coaches and leaders all around Australasia and helping others build incredible culture, Matt is passionate about fitness and music. His healthy office lunches whipped up in five minutes are the stuff of legend. 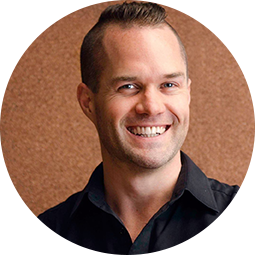 Try this now: The surprise strategy that lets you manage fear 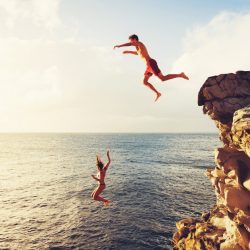 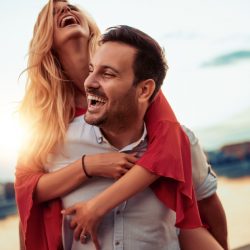 You’ll heart this: The major code to having more love in your life
Scroll to top