The inside story of Remi Pearson’s Ultimate Influence program

Remi Pearson was just building The Coaching Institute when she realised something that became a game changer and led to the founding of her famous Ultimate Influence framework.

As with many time-honoured inventions—post-it notes, safety glass, Cornflakes—Remi Pearson created her Ultimate Influence consultative sales framework more by accident rather than design.

And it’s gone on to set global standards. One company Remi trained in the US increased their sales 300 per cent in the first two weeks, and “I helped one guy do a major telecast and I think it did about $23 million,” she says.

“And it works wherever you’re at.”

Before Ultimate Influence, The Coaching Institute’s founder was “trying to get through” other programs including the ‘pleasure and pain principle’, “which is basically you ask the person what’s aggravating them right now, or what’s not working for you,” Remi says.

“That didn’t sit well with me. In the meantime, I was building TCI, I was the only person answering the phones, and I knew who I wanted to work with—people who were experiencing joy, who had something to share, who were passionate about what they do.

“Those conversations were happening and we were doing beautifully just by me encouraging them and validating them and being into what they were doing.”

Remi “liked” how what was happening felt totally congruent with what she was building with TCI, and “I thought, ‘I seem to be attracting people who are a real match,” she tells the school’s head trainer Matt Lavars.

When the now-bestselling author had “three or four hundred” students at TCI, “there was something I was doing that was resonating because they weren’t leaving,” she says.

Instead of spending their money, realising TCI wasn’t what they wanted and waving goodbye, the students were finishing their first program and asking for a second and third.

They told Remi they wanted to stay because they were a match and were getting value from what they were learning: “So I decided to trust that and I started reflecting on what it was we were doing together, how the conversation was unfolding.”

Remi reminds Matt there was no selling involved. “I’m just not into selling but I love sales,” she says. “It’s a buying decision they were making and was about what we were creating together that just seemed to be so effortless and easy and playful and truthful and aligned with who we were.”

To work out what was happening, Remi started teaching a TCI consultant what she knew, thinking “maybe it’s just because I’m magical, maybe there’s something about me. Maybe it’s not transferable.”

But the consultant’s results started going up, and more importantly, as they skyrocketed her understanding of the “journey” did too. Remi taught another consultant “and didn’t waste time with the whole magic thing, I just said, ‘These are the seven or eight steps you need to do every time.’”

Again, the consultant’s results were flying within weeks: “I could relax because I knew this is the way to be authentic and work with the people you want to work with.”

And thus Ultimate Influence was born, out of the realisation that who TCI was attracting was an effortless match congruent with values and what was being built.

“I thought, ‘Other people are going to want to have that too’, and it translated really well.

“It wasn’t a magical power.

“It wasn’t something I did well. It was something anybody could do well, and that became Ultimate Influence.”

At the heart of the framework? It created a space for someone that was different to pointing out other methods like pointing out what was wrong with their life.

“This is really a giving methodology for anyone who loves being generous and loves giving and has so much to give,” notes Remi.

“It’s really about seeing the best in someone, not the flaw. The second thing, is it’s based on the truth—if you use this method and are not a match for that person, it will reveal that and you shouldn’t do business with them.

“It’s never selling for the sake of it. Who else should you do business with other than that person where you love the style and what they’re doing? They’re who you should be with.” 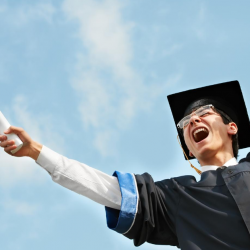 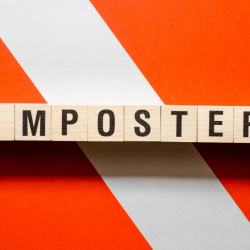 Yes, imposter syndrome is real—here’s how to handle it
Scroll to top